Thank you all for trialing and congratulations for being selected in the JBNPL squads for season 2022.

This is a great opportunity to introduce to all our JBNPL coaches for the up coming year.

Nick is no stranger to Ringwood City SC. Having played for our club many years ago, his breakout year was when he help our club gain promotion from State 5 to State 4 by scoring 26 goals in a season. Nick has also won championships with Bayside Argonauts and Waverley Wanderers.
Nick is currently undertaking his C Licence course and is a Liverpool tragic. He bring a unique skills set to our club and we believe that given the time he needs with the under 14’s we will see some favourable result very soon.
Nick is married with 3 children and is self employed.

Scott joins us from a recent stint with North Caulfield FC having coach successfully at under 16’s level as well as an assistant with their senior women’s team. Scott has also worked with Melbourne Victory as a football analyst. Fresh from the UK, Scott brings passion and commitment and will spend time required with all our boys to ensure development. Scott will not stop in making sure every one of his players improves and enjoys his coaching methodology.
Scott is in his final stages of completing his C Licence and is married with 1 daughter.

Ringwood City SC is delighted to have the experienced Danny Topping to coach our under 16’s. Danny has spent his last few years coaching at the Peninsula Strikers as a player coach for Caulfield Cobras in State one. With plenty of UK experience, Danny already made a huge impact at Ringwood City.
Danny currently holds a B Licence and training as a player with our senior boys in which coach Kalos believes are close to having him put pen to paper for season 2022. Danny is married and travels over an hour to get to Ringwood.

Luke joins Ringwood City from a very successful season coaching under 17’s NPL for White City FC in South Australia. Luke commenced 2 weeks ago and has already had a huge impact with our very young under 18’s squad.
Luke has recently completed his C License in South Australia and is also a Liverpool tragic.
Luke works as a Sales Manager for GoodLife fitness and lives with his little dog in Cheltenham.
Everyone at Ringwood wish Luke the best of luck as he embarks on the most important coaching gigs of his career to date.

All our coaches will be supported by our Football Operations team with consist of Peter Kalogeropoulos (our senior coach), Brian Quigley (our reserves coach), Grant Brebner (our Technical Director) and Chris Koutsiafaras (our Director of Football).

Having been all together now for just over 2 months, we have never seen such a close knit coaching group.  JBNPL training recommences Thursday January the 6th with the qualifying rounds commencing February the 6th.

We welcome Al and Katie to the Ringwood City Community and thank them for supporting our club. Mr and Mrs Pizza is an ideal partnership for RCSC as they make the best pizza in our local area and will be our offical supplier for training night pizza catch ups.

Al has been making pizzas since 1997. In those 23 years, he has made over 3 million pizzas! Starting off with a Big Daddy’s franchise in the same plaza, he honed his skills and famous speed in this very busy environment. In 2003, Big Daddy’s sold the chain to Domino’s pizza. This inspired Al to open Al’s Place seven doors down, and see how his pizzas could hold up against the biggest pizza chain in the world. Al’s Place quickly became a household name in the eastern suburbs. An Australian, family owned pizza store that focused on good value, short-wait times, and a superb flavor. But it wasn’t just the food. The family atmosphere, quality service, and help of a few dozen arcade machines, made Al’s Place stores not only a place to grab a cheap feed, but also a place to come together. Meanwhile, Al’s Place sponsored trivia nights, work experience programs, community fundraisers, and sporting clubs – giving back to the community whenever possible. After 13 years, Al moved to Prahran. This is where he met Katie, the soon to be Mrs. Pizza. Katie and Al quickly became the best of friends, and were engaged soon after. They decided to come back to Al’s roots in the eastern suburbs, and open a store together. With a bit of luck, a dash of fate, and a sprinkle of excellent timing, they are back in the original Al’s Place shop. Al is back where it all began – bringing you, and your family, a great tasting, affordable pizza. Katie and Al are excited to be a part of your community again. Please don’t hesitate to contact Al or Katie to see what our little shop can do for you. — Mr and Mrs Pizza, your local family pizza joint.

Remember to let them know you are from Ringwood City , Rob recommends the Capricciosa! 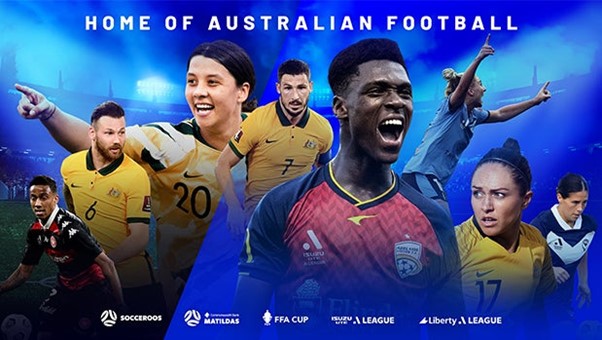 HOW YOU CAN WATCH FOOTBALL ACTION ON 10, 10 BOLD, 10 PLAY AND PARAMOUNT+
The ground-breaking agreement between 10 ViacomCBS and Football Australia, encompasses the media rights for all national teams (Socceroos, Commonwealth Bank Matildas, Young Socceroos, Young Matildas, Joeys and Junior Matildas), as well as AFC Asian Qualifiers – Road to Qatar, AFC Asian Cups and, other AFC tournaments.
How To Watch Football on 10 Play